Following the Taoist aim at simplicity, I have redesigned the website with a simpler layout, and cleared up all the pages from redundancies.

Hopefully now everything is more accessible, go and have a look!

A tribute to a great martial artist. 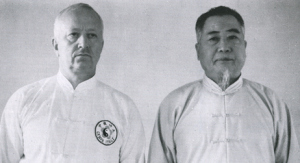 Leader in an important Italian chemical enterprise, Fassi published many best-sellers among the Italian landscape of martial arts-books, he was columnist in respected magazines of the sector, but most of all Roberto Fassi was one of the most renowned Italian masters of martial arts and one of the European pioneers of Karate, Kobudo, Kung Fu Shaolin and T’ai Chi Ch’üan.

Pupil of Master Chang Dsu Yao, Master Fassi won the first place in Honolulu-Kung Fu-world-championship in 1980, in the competition of  T’ai Chi forms without weapons. In 1991 Master Chang Dsu Yao conferred him the qualification of sixth Chieh of Shaolin Ch’üan  and T’ai Chi Ch’üan: the highest degree ever conferred to a Westerner before.

I include here my theory assignment for the I Dan exam, back in 2005 when I was practicing karate. It contains my own descriptions and explanations of the various actions used in the form (“kata” in Japanese) Bassai Dai. This is one of the most famous kata in the Shotokan style (read my essay in the page Martial Arts for my concept of karate “styles”).

This is the original version in Italian, so those who are not familiar with my mother language can request an English translation by replying to this post 🙂